Canada, The Most Lukewarm Church On Earth

Politically Correctness Must Be Stop... 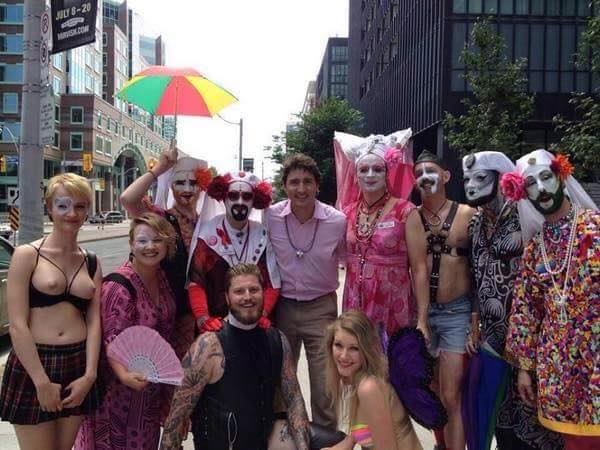 Canada  has the most lukewarm Churches of all the western nations in this modern century. Canadian Christians, who avoid at any cost, any kind of confrontation, and any kind of persecution. Canadians Christians have the reputation among the secular of been very tolerant, very open mind and non-interventionist. Canadian Churches are like salt that have lost it flavour, and quite frankly I am as guilty as charge.

“You are the salt of the earth; but if the salt loses its flavor, how shall it be seasoned? It is then good for nothing but to be thrown out and trampled underfoot by men.” Matthew 5:13-16

The Canadian Christians have the democratic right to cast their vote for representatives at the federal level that reflect Christians moral values yet keep on voting for the opposite. Have a look at the Liberal Party of Canada record:

· It was the federal Liberal government that instituted sweeping reforms of Canada’s criminal law, which included decriminalizing homosexuality.

· It was the federal Liberal government that amended Canada’s Immigration Act, removing a ban on homosexuals as immigrants.

· It was the federal Liberal government that lifted its ban on homosexuals in the military, allowing gays and lesbians to serve openly and live with their partners on military bases.

· It was the federal Liberal government that gave gay and lesbian couples the same rights and benefits as common-law couples with regard to pensions, income taxes, and other such matters.

It was the federal Liberal government that extended protection against hate propaganda toward gays and lesbians, making it an offence to spread hatred against others based on their sexual orientation. [it became a crime to speak against homosexual lifestyle and behaviour]

It was the Federal Liberal government under the leadership of Prime Minister Paul Martin that officially legalizes same-sex marriage nationwide with the enactment of the Civil Marriage Act.

· It is the Federal Liberal government under the leadership of Justin Trudeau that will soon enact Gender/Bathroom Bill – C279, which mean that anyone identified as a transgender, [he] gets to pee next to your daughter. The Interim Conservative leader Rona Ambrose to support new trans rights bill, Wednesday, May 11, 2016. THE CANADIAN PRESS/Sean Kilpatrick  Ambrose says she will allow her caucus colleagues to vote as they wish.

· It was Liberal government that legalized abortion at any point in a woman's pregnancy for any reason. Canada is rated to be among the top three countries with no abortion law, Canada being number one, followed by China and North Korea. Yep, there are no abortion laws in Canada. It is legal to have an abortion at any point during pregnancy for any reason right up to the point of giving birth[1]. Canadians murdered more living being than ISIL, and we call ourselves civilized.

· It is the present Liberal federal government that will allowed doctors, nurses and pharmacists to kill those who are depressed, sick or are suffering anguish. They will even allow killing children by years 2019.

All this is done in the name of common progress; we must evolve with social advancement.

Where are the voices of Christians?

“Does not wisdom cry out, And understanding lift up her voice?” Proverbs 8:1﻿

And take a look at what the school board had adopted for religion curriculum:

Traditional Aboriginal Spirituality, Judaism, Hinduism, Buddhism
Christianity, Islam, Sikhism, Baha’i Faith.  This is called Interfaith.  Many Christians will argue that there is nothing wrong in teaching other faith and culture,  Commenting that children have to make their chose as they grow up.  The problem with this is that the truth is not being taught.

If you do not believe in that statement, then you are not a Christians, not save, and have not receive the gift of eternal life.
[1] https://youtu.be/Fj4DHkAzUiU
Posted by One Gospel One Truth at 22:16