Personality and Characteristic of the Little Horn 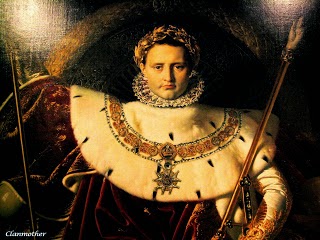 The character traits of the anti-Christ that will deceive the whole world are not new in the history of humankind. There are two well-known individuals that come to mind, Bonaparte and Hitler. Both have similarities in historical background, such as political leadership and accomplishment.   The characteristic of both combines leaders might reveal the character of the “abomination of desolation to come, spoken of by Daniel the prophet before he stands in the holy place.”  It will astonish you.

Similarities between Bonaparte and Hitler, they both:

·        Came from the middle class - no monarchy bloodline
·        Enlisted young in the military
·        Rebuilt a nation in chaos and prospered
·        Subdued internal revolts
·        Abolished the established government, created new institutions that favoured their aspiration to reign over all Europe
·        Name themselves Emperor (Chancellor) as Caesar - god-like above the population, Supreme Commander
·        Signed an agreement with a pope, a concordat
·        Warred against Britain and Russia and lost
·        Became arrogant and self-confident refusing consultations from their generals

“The Vatican's secretary of state, Cardinal Eugenio Pacelli (the future Pope Pius XII), and Germany's vice chancellor, Franz von Papen, formally signed a concordat between the Holy See and the German Reich on July 20, 1933. This event ended negotiations that began after Adolf Hitler became Germany's chancellor on Jan. 30, 1933. Among the witnesses to this event were Msgr. Giovanni Battista Montini (the future Pope Paul VI) and Msgr. Ludwig Kaas, the leader of Germany's Catholic Center Party. Neither Pope Pius XI nor Hitler attended the meeting; both had already approved of the concordat. The pope ratified the agreement two months later on Sept. 10. The Concordat of 1933 specified the church's rights in the Third Reich.”  http://isurvived.org/4Debates/vaticans_concordat-HITLER.html

In 1801 Bonaparte signed an agreement with the pope, the concordat making Catholicism the dominant but not exclusive religion of French. He had no personal use for religion but understood its political value.

"If I govern a nation of Jews," he said, "I shall restore the temple of Salomon." Religion is excellent stuff to keep common people quiet.

Bonaparte rules with a carrot and a stick. He had no patience with those who demand liberty. He rules with an iron hand, crushing anyone who dares speak out against him, making a sham parliament and bogus free elections.

"I have been nourish by reflecting on liberty," said Bonaparte, "but I thrust aside when it obstructed my path."

All he lacks was a crown. He wishes to be a king, king of an empire, therefore he made himself Emperor by a Senate proclamation, a Senate that he established a mirror of the Roman senate, no power but give the impression to the common people that they have a say in the politic of France.

Sanctify by the pope that he brought in to participate to make everything a sacred heir. He slowly laid His own crown on his head. He made himself appointed by God; therefore have authority over all man. "He looks like a Caesar on a golden coin," one observed. He dominated France, now he looks for the conquest of Europe. He made himself the modern Caesar of his time.

"I am the instrument of Providence," Napoleons said, "she will use me as long that I accomplish her design, then she will break me like a glass."

It is my belief that both Bonaparte and Hitler were men influenced by a spiritual entity. Bonaparte's god was providence. She was the Goddess of Destiny Seyella or Necessitas, goddess of destiny, the Roman equivalent of Ananke. In Greek mythology, the god is better known as the Moirai, which watches over the fate assigned to every being by eternal laws so that it might take its course without obstruction. Bonaparte was an intellect and a philosopher. He practised what he preached. He did not believe in religious institutions but used them. He was an advocate of freedom of religion to appease the mass population. Napoleon emancipated Jews, as well as Protestants in Catholic countries and Catholics in Protestant countries, from laws, which restricted them to live in ghettos, and he expanded their rights to property, worship, and careers. He did not despise the Jews as Hitler did. He was his own god. He loved France and his son, therefore he chose to abdicate rather than to fight to the last resources. Suicidal, he never was.

As for Adolph Hitler 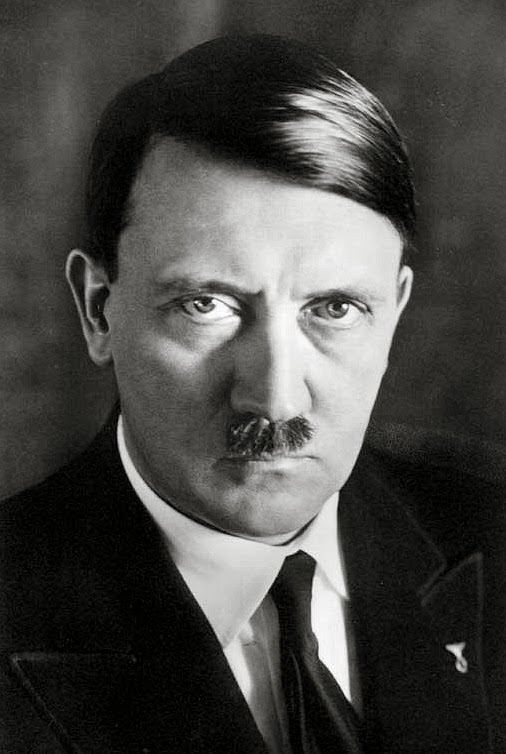 Hitler had a secret dark side. He became a member of the Thule Society; sun worship, which is better known as Satan worship, which is enough to change somebody personality, even to the point to hate Jews who are God's Chosen People. Satan is real and the Jews are still God's chosen people with a destiny, which is to prove to the whole world that God is God of all nations and Jesus will rule among His people and over all nations. Satan attempted to derail God's plan by trying to exterminate all Jews. Now you know what prophecy is all about. It is about God's will to be fulfilled despite all Satan obstruction. Hitler brought his country to total destruction and committed suicide.

As Daniel was explaining a dream to the king Nebuchadnezzar, he mentioned:

"As you saw iron mixed with ceramic clay, they will mingle with the seed of men; but they will not adhere to one another, just as iron does not mix with clay," Daniel 2:43.

There are two accepted interpretations by students of prophecy. One is that the kingdoms will not be united as one people, a fragile political agreement among nations, and the second interpretation is that all man in a position of leadership will be influenced by spirituals hosts such as demons. Satan will possess the man that will play the role of the Anti-Christ.

Now, by using these character traits of both Bonaparte and Hitler, you might be able to observe who in the political arena have those characteristics to fulfill the role of the Little Horn in the coming prophetic event of One World in dis-Order, the ten toes. Yet that would be futile since the Bible explicitly explained that the man of sin will not be revealed until the Church is removed through an event called the rapture, (1 Thess 4:16-17, 2 Thess 2:6-7)

This article is an excerpt from a commentary titled, “United States Of America and Russia In Bible Prophecy.”  by Andre Delage

Related topic: "The Promised One of All Ages” - "The Coming Of The Lawless One”