Treasure of Things New and Old 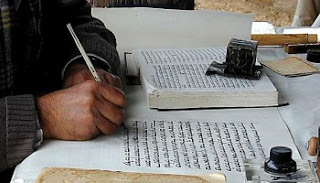 Bible prophecy is about a predicted agenda made by God that is being fulfilled. It is history in the making according to God's plan.

Jesus, on the Mount of Olives, taught His disciples how to distinguish the signs of time, signs of coming events prior to the establishment of His Kingdom on earth as He referred to as 'the end of age' or 'the time of the end'. The end of age has been mistranslated by some as 'end of the world'. However, we know the world will never cease. All Jesus’ prophecies are about how He will overtake the world, which is now under Satan's governance. His prophecies are meant to be a caveat to every living being.

As it was in the Old Testament, so it is today; prophecies are meant to warn people of God judgement to come. It is to draw attention to repentance from our human rebellious wicked ways or perish. To the Church, prophecies are signs of hope of the soon anticipated return of Jesus as King and Ruler over all nations. God is merciful and patient, far from Him is the desire to destroy a nation or its habitant, John 3:16. Look at the instance that took place in Jeremiah's time. God used Jeremiah to deliver a message to the king of Judea, "surrender to the Babylonians and all will be fine".  They didn’t listen to Him and there were great number of casualties. Today's message to all gentiles is similar, surrender to Jesus and all will be fine.

Jesus professes two categories of prophecies to be understood: some to be by all, which include Christians, Jews and gentile (secular) as witness of His testimony of salvation, and some prophesies are to be understood by Christians only. We the Christians are the favoured ones; we have the opportunity to understand all prophecies:

"But the Helper, the Holy Spirit, whom the Father will send in My name, He will teach you all things, and bring to your remembrance all things that I said to you", John 14:26.

"However, when He, the Spirit of truth, has come, He will guide you into all truth; for He will not speak on His own authority, but whatever He hears He will speak; and He will tell you things to come," John 16:13.

"But the anointing which you have received from Him abides in you, and you do not need that anyone teach you; but as the same anointing teaches you concerning all things, and is true, and is not a lie, and just as it has taught you, you will abide in Him,"
1 John 2:27.

God's will for Christians is to know Him. He will reveal it to all who ask.

The prophecies reserved only to the Church understanding, are the Parables and the Seven Letters to the Church:

"He answered and said to them (the disciples), “Because it has been given to you to know the mysteries of the kingdom of heaven, but to them it has not been given", Matthew 13:11.

The Book of Revelation is to be understood by Christians who live at the end of the Church era, and by those who will resist the mark of the beast, the tribulation saints.

The study of eschatology has been an ongoing revelation through all centuries. As we approach the time of the end, more and more knowledge and understanding has been given to the Church:

Knowledge of God agenda is to increase at the end time as the angel told Daniel... what I learned today might change in perspective tomorrow... I will never cease to learn, Romans 11:33. Jesus teaches independently to each Christian, as he/she desires to learn. This is the reason for agreement and disagreement among Christians. There is diversity in the level of understanding of God's prophetic word in the church. In some instant "Statement of Belief" hinders the Church to grow in the knowledge of God' word. The whole Bible is to be “The Statement of Belief”. Peter and Paul taught to grow in knowledge, and not to limit it, 2 Peter 3:18, 2 Corinthians 8:7, Colossians 1:10.

I listened to and read varieties of Christian comments. I absorbed them. They are as treasures from heaven. One thing that all students of God prophecy have in common is that we LOVE Jesus, and we love to share what we've learned. We love to share our treasures, God's treasures. There always has been dispute, even among the Apostle and there always will be, Acts 15:2,7. There is nothing wrong sharing new found treasures as long, that it is not another gospel.

Unfortunately, some accuse others that teach Christian's eschatology differently as they understand as heresy. Can a student accuse another student of heresy because his/her knowledge of prophecy is not sound? Within the Church, some are still at the level of drinking milk while they should be eating meat, 1 Peter 2:2, 1 Corinthians 3:2, Hebrews 5:13. If someone knows more than others, it might be because he/she spent more time studying God's word. No one will lose salvation over Christian's eschatology. We are not saved by what we know in eschatology, but by believing in Jesus' Resurrection - by grace. Paul encouraged the Colossians to grow in love and knowledge:

"For I want you to know what a great conflict I have for you and those in Laodicea, and for as many as have not seen my face in the flesh, that their hearts may be encouraged, being knit together in love, and attaining to all riches of the full assurance of understanding, to the knowledge of the mystery of God, both of the Father and of Christ, in whom are hidden all the treasures of wisdom and knowledge," Colossians 2:1-3.

Do you get the point? God's treasures are to be found and shared. I do not claim that I am 'a know it all'. I am a student who loves to share what I've learned. I have written things that are contrary to reputable theologians yet I agree with so much more than I disagree. In some instance, when I am making an assumption, an opinion, that is what it is, an opinion, not asserting my opinion as God's truth.

The study of prophecy is meant to be full of excitement and joy. I thank God when He guides me to new treasures. I love to share what I've learned. Our expectation of Jesus return should be as a child looking through the window for grand-ma to turn up.
Posted by One Gospel One Truth at 20:50